Dr. Everingham was born in Ontario, Canada. He moved to Port Huron, Michigan at the age of eight. He graduated from Port Huron High School and later from Northern Michigan University and attended National College of Chiropractic in Lombard, Illinois. He started working at Bloomington Chiropractic Center of which he became the owner in 2008.

He is married to his wife, Janice, and has two children, Jessica and Joshua. Dr. Everingham grew up in a holistic household and received his first chiropractic adjustment when he was 16 by his first chiropractor who was totally blind. This was his inspiration to become a chiropractor. He has had 34 years of successfully treating patients with chiropractic care. He enjoys woodworking, traveling (he loves to snorkel in the Caribbean), and motorcycles.

Meet the other chiropractors 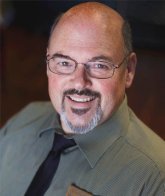 We will do our best to accomodate your busy schedule. Schedule an appointment to live life pain free today.

We received an update from the Illinois Chiropractic Society that clarified that chiropractic offices are considered to be essential Services under Governor Pritzker’s Executive Order.

We will do our best to accommodate your busy schedule. Schedule an appointment to live life pain free today.