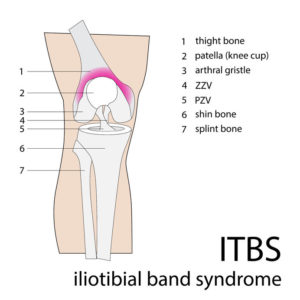 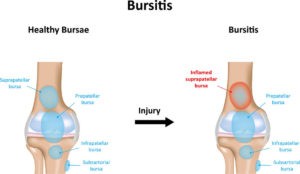 Your body has sacks of fluid located in strategic places to allow your tendons to glide effortlessly over your bones. If you did not have a bursa, your joints would be painful with every movement. However, sometimes this sack of fluid becomes inflamed from either an injury (such as a direct blow to the knee), overuse (such as kneeling to scrub floors) or infection. When the bursa becomes inflamed, doctors add the ending “itis” meaning inflammation. Thus, your bursa becomes bursitis. Usually bursitis produces a very specifically located swelling on your knee. 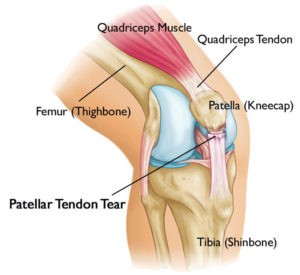 Our joints move by the power of your muscles. The muscles attach to your joints through tissues called tendons. The tendons transfer the force from your muscle across the joint and cause it to move. Sometimes this tendon becomes inflamed because it was injured (such as a direct blow to the thigh) or overused (such as biking up hills). When the tendon is inflamed, doctors add the ending “itis” and thus, we call this tendonitis. Chronic cases are called tendonosis indicating chronic inflammation. In some cases, the tendon actually tears in half and this is called a tendon rupture. If you can not straighten your knee because of pain over your tendons, seek medical treatment immediately. Tendonitis pain is usually described as an ache that can be sharp with exiting from a chair or with squatting. The pain is usually improved with rest. Usually the patellar tendon in the front of your knee is most involved. This is called “patellar tendonitis” or “jumper’s knee”. Sometimes the pain can be so bad that even the weight of your bedsheets on your knee can irritate the pain. Identifying the causes of the pain and inflammation and directing functional treatment have very good outcomes for this condition.

We will do our best to accomodate your busy schedule. Schedule an appointment to live life pain free today.